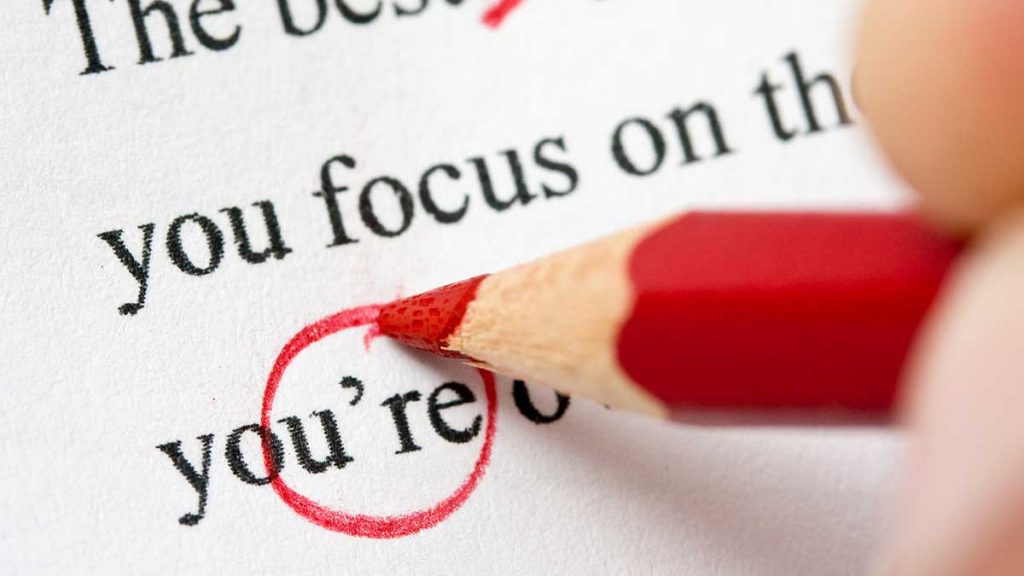 Writing conventions is the term for the technical aspects of writing an article such as the punctuation, spelling, and grammar. Historically speaking, it is the agreement between the writers and scholars on the rules of writing with regards to how the written word can be better interpreted by everyone when they are reading it.

Even though these writing conventions or “rules” are constantly changing and evolving, everyone is believed to have learned the basics of it, back in their grade school or high school days. The importance in writing and following the correct conventions lies behind a very specific reasoning: Writers are considered scholars by the society. By being a scholar, you are considered as a learned or erudite individual, someone who has extensive knowledge about what you are writing about. In all accounts, this is true.

In order to write about something, the writer needs both the skills and research to back up his or her topic, regardless of the genre. However, no matter how extensive and knowledgeable the writer’s topic is, if the readers encountered countless basic mistakes in the writer’s article such as wrong spelling or even simply failing to capitalize proper nouns, the writer’s invisible badge as a scholar can be easily revoked.

In other words, in order to be respected as a writer, he or she must not overlook the basic stuff. With that in mind,  the second part of this article is a compilation of the top ten worst mistakes that a writer can ever make with regards to writing conventions in order to help him or her avoid them in the future.

Below are the most basic, unforgivable mistakes forgivable, but still they are the must not be overlooked ones as follows.

1) The writer must always check his or her spelling

The most basic mistake in writing is spelling. As easy it is to get away with this because the writer’s readers might not also be familiar with the correct spelling of the word he or she has misspelled, as a writer, he or she is not doing it for one’s self or for anyone in favor by overlooking this.

If the writer is not sure on how a difficult word is spelled, he or she must hit up Google and with that, he or she is bound to have the correct one within a matter of seconds.

2) The writer must capitalize everything that needs to be capitalized

Another basic, but unforgivable mistake in writing is capitalization. For a quick memory refresher, anything that has a name from a person, place, organization, or thing that is one of a kind is capitalized in order to simply highlight its importance in the writer’s sentence.

In a way, it is showing respect and giving regard to the person, place, organization, or thing that the writer is  mentioning in his or her article.

Another important thing to capitalize is the first letter of the first word of a new sentence or paragraph in order to also highlight the new idea that the writer is introducing.

The third basic mistake that a writer needs to avoid is jumbling different ideas into a single sentence. Not only will it confuse himself or herself, he or she will also lose the readers in the direction that the writer wishes to lead them.

Sometimes, this mistake is learned in a hard and embarrassing way that a sentence contains only a single idea.

Back then, a writer used to write words continuously without even bothering to group them into sentences because he or she may not know when to put a stop to one idea and to introduce another. Thus, it is essential for the writer to check the importance of the next writing convention in this given list.

4) The writer must put the proper punctuation all the time

The two most common punctuations that writers use when writing are both the period and the comma. The basic function of these two punctuations is to group together ideas and close them in a sentence.

After completing an idea, the writer follows it with a period to signal its end. If the intent of the writer is to combine two independent ideas or clauses in a sentence, he or she must use a comma to signal it. Although a bit far-fetched, it is still possible to make mistakes when using and when to place these punctuations so it is very important for the writer to make sure that he or she will always look out for that.

5) The writer must avoid the practice of writing long paragraphs

We’ve said that a sentence contains a single idea. Yet there are times that the writer’s ideas may come in  a bunch.

It is expected that the writer must string those connected ideas together in one paragraph. A common paragraph usually only has around five to eight sentences, depending on what the writer is writing.

Although no one will really question the writer’s choice of how many sentences he or she puts in a paragraph, it is helpful for him or her not to go overboard and retain it to at least a maximum of ten sentences to keep him or her from going on and on about a single idea.

6) The writer must proofread his or her grammar

Grammar is probably one of the toughest to check in the writing convention. Not only is it unforgivable and very demanding, it is also extremely embarrassing to make a simple mistake with it.

Imagine writing a beautifully crafted sentence, complete with imagery and other flowery words, but is grammatically wrong? It’s a complete laughingstock. A quick tip on how to avoid grammatical errors: the writer must proofread his or her writing and when he or she is still not confident enough, he or she must have it checked by someone or run it through an online grammar checker, so to speak.

Heading and subheadings falls under the category of forgivable mistakes to avoid. Headings serve the purpose of dividing the writer’s topic into segments while subheadings help explain in a few words what the segment is going to be all about.

In all honesty, the writer can avoid making mistakes with these two by opting not to use them, unless necessary for his or her article.

8) The writer must always include what the acronyms mean

Another forgivable mistake is writing acronyms in the writer’s article without including what those acronyms stand for, except perhaps for universally known abbreviations such as NASA.

Again, the writer can also avoid making this mistake by simply including the whole meaning or name of the acronym or opting not to use it, unless necessary.

Both slang and colloquial language are forms of informal words and expressions. Though slang is more informal than colloquial language, it is better not to use both in the article of the writer because it can downgrade the quality of his or her work, unless he or she wishes to drive home a point or maybe he or she is writing a specific topic related to it.

10) The writer should  not use emoticons

The last common mistake that individuals do when it comes to writing articles is including emoticons. Emoticons are only commonly used in social media or in text messages to connote feelings or emotions.

When it comes to article writing, it is important to never include emoticons whenever the writer relays to his or her readers the intent of his or her article of being a degree higher than these social media platforms.

Tremendously, it will also depict a professional image on the side of the writer, as writers are greatly renowned by society as worldly scholars, so to speak.

Though this claim is big with regards to the standard writers must put on their writing, it is also a call not to settle for the mediocre and to keep on improving the quality of his or her craft as a proud writer. Hopefully with this article, writers can avoid those basic, embarrassing, and worst mistakes in writing conventions.